Ease of content management in an accessible and mobile-optimized way

Suomidigi supports the Digital and Population Data Services Agency (DVV) in its statutory duty to promote the digitalization of the public sector.

Suomidigi covers all the events held under the Suomidigi brand, as well as the networking done in the different regions of Finland, as well as Suomidigi.fi web service that offers information and support for digital service designers, developers and decision makers, as well as a chance to take part, influence and network.

The DVV chose us to carry out the project primarily because of our know-how on agile project management. In addition to our Drupal expertise we would be able to help with the running of the project. The new Suomidigi.fi service was released to the public in February 2020 after which we have taken care of its maintenance and continued development.

The aim was to close down the Digital and Population Data Services Agency’s multitude of websites, including the blog-driven Suomidigi.fi site, and to replace them with a single, unified Suomidigi.fi web service.

The goal was to create an accessible web service that was optimized for mobile devices, had a modern appearance and that facilitated effortless content creation and management.

The decision was made to implement the new web service with Drupal, because it was felt that it would be a sustainable choice. Drupal would also be a good fit with the service’s customer oriented development in accordance with DVV’s overall agile operating model.

“Our collaboration with Druid ran effortlessly and sensibly for the whole project. We implemented the Suomidigi service both iteratively and agilely following the Digital and Population Data Services Agency’s overall agile development model. Our developers’ strong Drupal and Scrum expertise made an impression with us. The values of Scrum were attended to and they were put into practice in the sprints.

There was a proper amount of ambition, humor and can-do attitude. The quality of work is stellar. The Druids are approachable, nice guys, and together all of us working on the project melded into a cohesive team. Pilots pilot!”

We built an entirely new Suomidigi.fi web service based on the layout plan created by a designer that DVV engages. We made the service accessible and put special effort into the functionality of the admin interface to make managing the large mass of content as easy as possible.

The Suomidigi.fi service contains a wealth of support materials and development examples to help develop public services, as well as the legal texts pertinent to digitalization in a comprehensible form.

Registered users can create content for the service, for example blog posts or events, set up their own team pages and take part in conversations.

We migrated the blog texts from the old WordPress based Suomidigi.fi site into the new web service. In addition, we moved the whole service to DVV’s cloud so that it complies with DVV’s best practices. 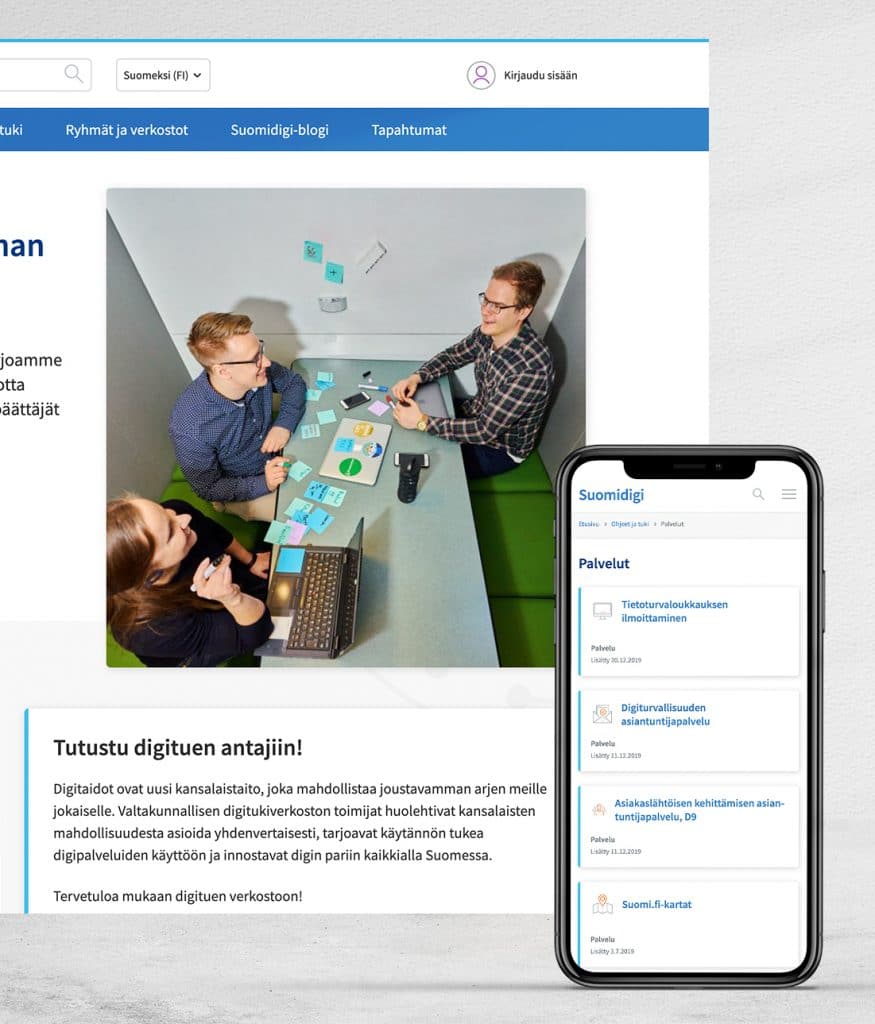 The new Suomidigi.fi fulfills the needs of the DVV and the goals that were set for the project.

The amount of users is steadily growing.

Suomidigi.fi fulfills both the A and AA levels of the Web Content Access Guidelines’ (WCAG) success criteria, and there are no critical accessibility shortcomings.

The fact that the platform is modern and optimized for mobile use will facilitate developing new functionalities for it.

More about the project 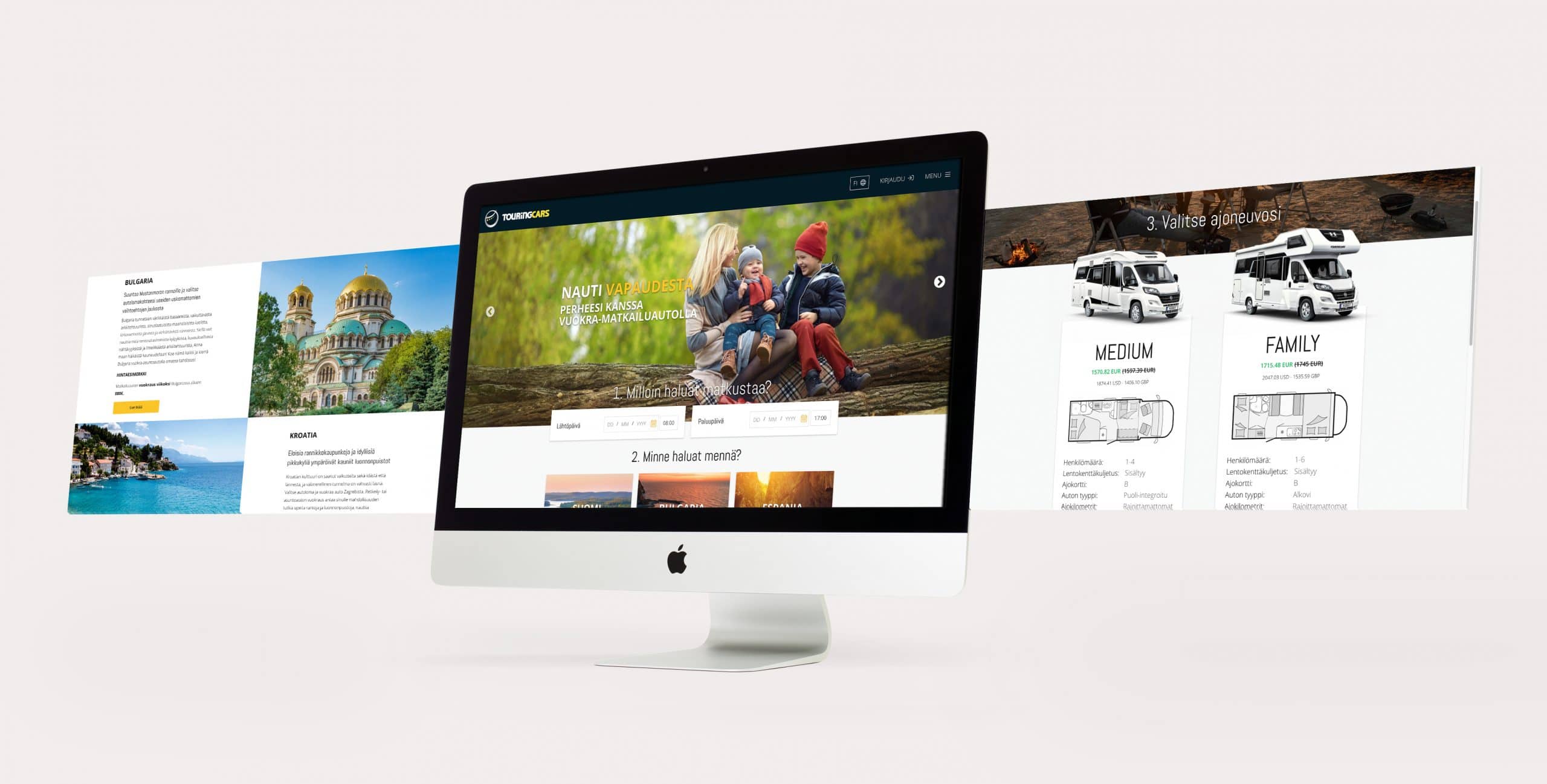 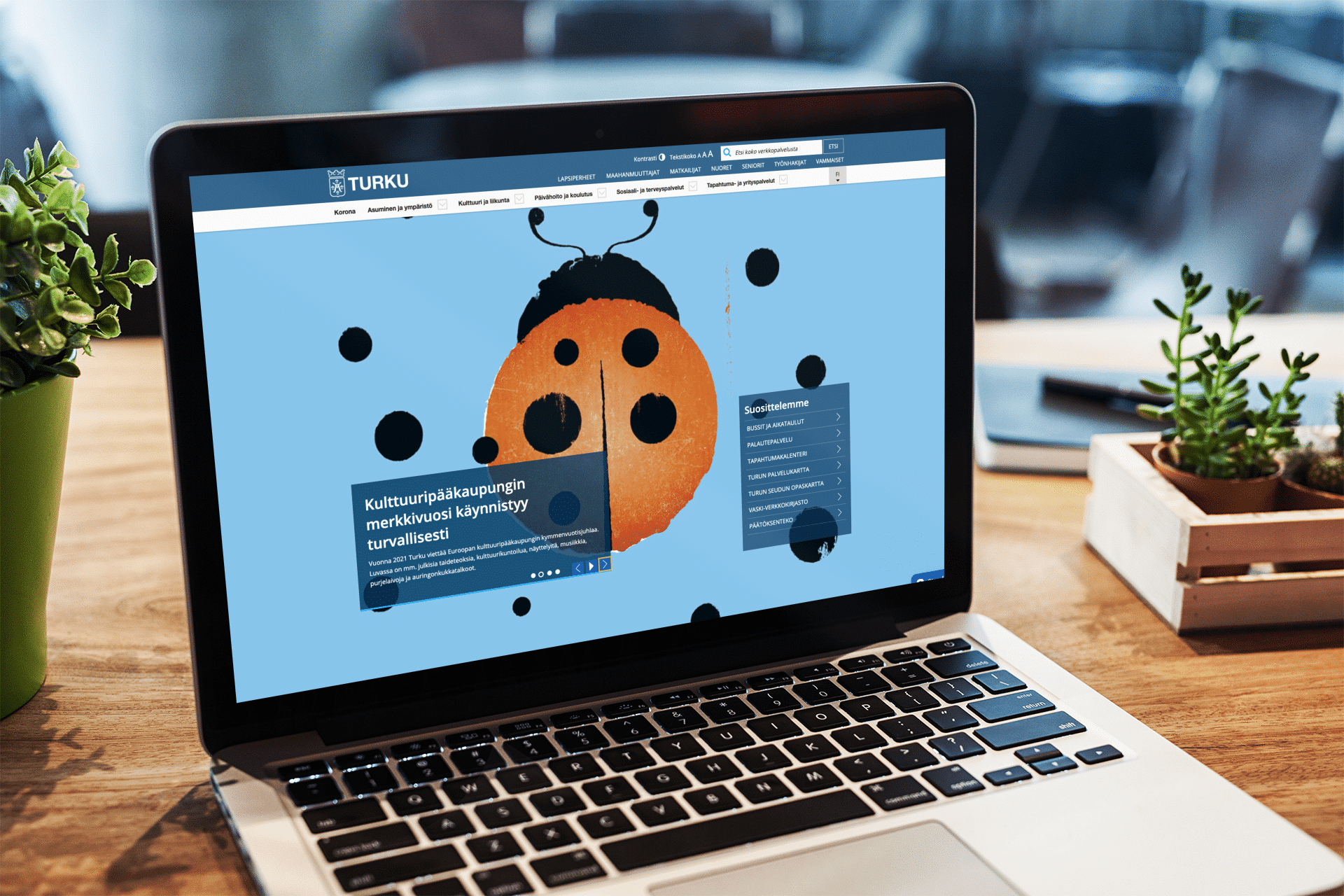 Our long-standing cooperation covers the groundbreaking Turku.fi website renewal as well as solutions that streamline and facilitate customer service.

Read more
We use cookies on our website to ensure the best possible user experience, analyse site usage, and assist in our marketing efforts.